Founded in 1980 by Robert de Frece, Greenwood Singers is dedicated to the performance of all types of choral music “from Renaissance to Broadway.” The choir’s eclectic programming has made its concerts popular with Edmonton audiences since its debut in 1981.

In the beginning, Greenwood Singers specialized in the performance of a cappella music from different stylistic periods. Its programming has now expanded to include works with soloists, instrumental ensembles and chamber orchestra.

A versatile ensemble, the choir has performed frequently with the Edmonton Symphony Orchestra in a wide variety of programs which have included Mahler’s Symphony No. 8, Holst’s The Planets, family Christmas concerts, the concert version of Jerome Kern’s Showboat, Orff’s Carmina Burana (with Alberta Ballet) and the ESO’s 1992 reunion with the British rock group, Procol Harum.

Greenwood Singers has also performed with the Alberta Baroque Ensemble and has been heard on regional and national broadcasts on CBC Radio-Canada. In the summer of 2000, Greenwood Singers performed at the 24th Biennial World Conference of the International Society for Music Education and in the summer of 2001, sang for the opening ceremonies of the 8th IAAF World Championships in Athletics.

The choir has released five CDs, produced by Arktos Recordings: WinterGreen: Songs of Christmas (1996), Home for the Holidays (1999), Randall Thompson: Ode to the Virginian Voyage / Frostiana (2002), Joy to the World: Music for Advent & Christmas (2009) and It is Good to be Merry: An A Cappella Christmas Celebration (2013).

Shannon Robertson is the choir’s Assistant Conductor, and Helen Stuart is the Accompanist and Répétitrice. 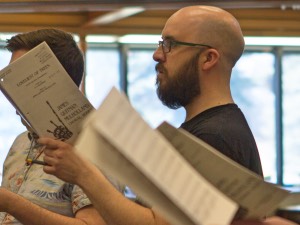 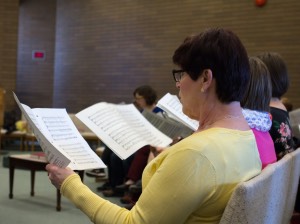 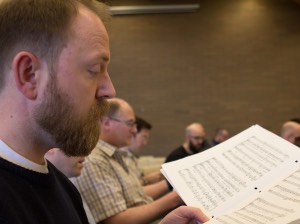